The Agalychnis callidryas, or much better known as the red-eyed frog or the red-eyed green frog. It is a species of anuran amphibian belonging to the Hylidae family, which inhabit from Mexico to Colombia. If you want to learn more about the care of the red-eyed frog, do not leave the page and read this entire article. 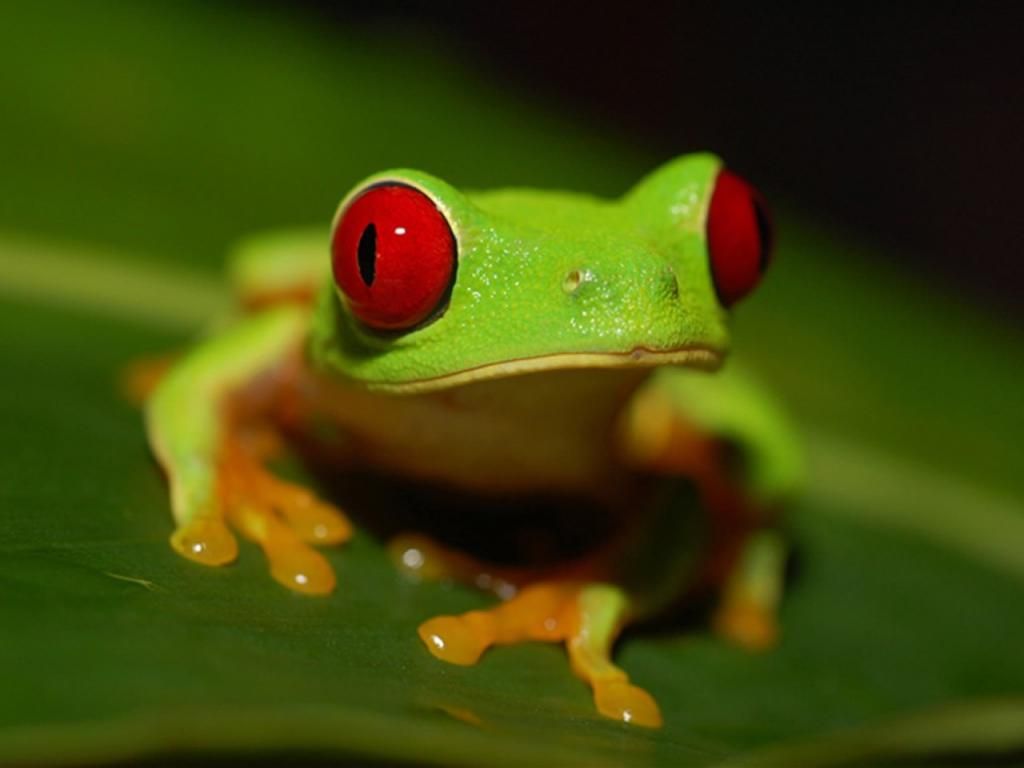 These are one of the best-known species of frogs in the world, this is due to their physical characteristics that are so striking, such as their giant red eyes with a vertical black pupil, not to mention the large number of colors that they can have when they reach the stage of adulthood. However, these frogs require a certain amount of care in order to maintain a healthy life and reproduce effectively. Next, you will be able to discover all these cares and also the characteristics of these beautiful amphibians.

As its most outstanding physical characteristic, it has its beautiful and giant red eyes. In addition to their eyes, they also have a green body, which on their sides and legs have different colors such as blue, orange and even yellow. The belly of these animals is whitish in color and their legs are usually very long and thin. These are frogs that do not usually jump much, but rather prefer to walk. During the day, they curl up on any surface they find, close their eyes and turn off the colors, in fact, in some cases they can even turn brown.

These frogs can reach a maximum length that ranges between five and six centimeters in the case of males, and on the female side, their length ranges between seven and eight centimeters; that is, there is a sexual dimorphism.

It is said that the life expectancy of red-eyed frogs does not usually last long, the most normal thing is that they live approximately five years, however, several cases have been seen where they reach up to eight years of age. It should be noted that to date there are still not many studies about this.

The most normal thing is that they present a very peaceful attitude, they can get to have the males with the females together, although during the breeding season, the males could have some kind of dispute between them, however, they never happen to greater. The most advisable thing will always be to have more males than females, this to ensure that it will be a very effective stage of reproduction. In the event that there is a very large difference in size between the two frogs, some episodes of cannibalism may be seen. 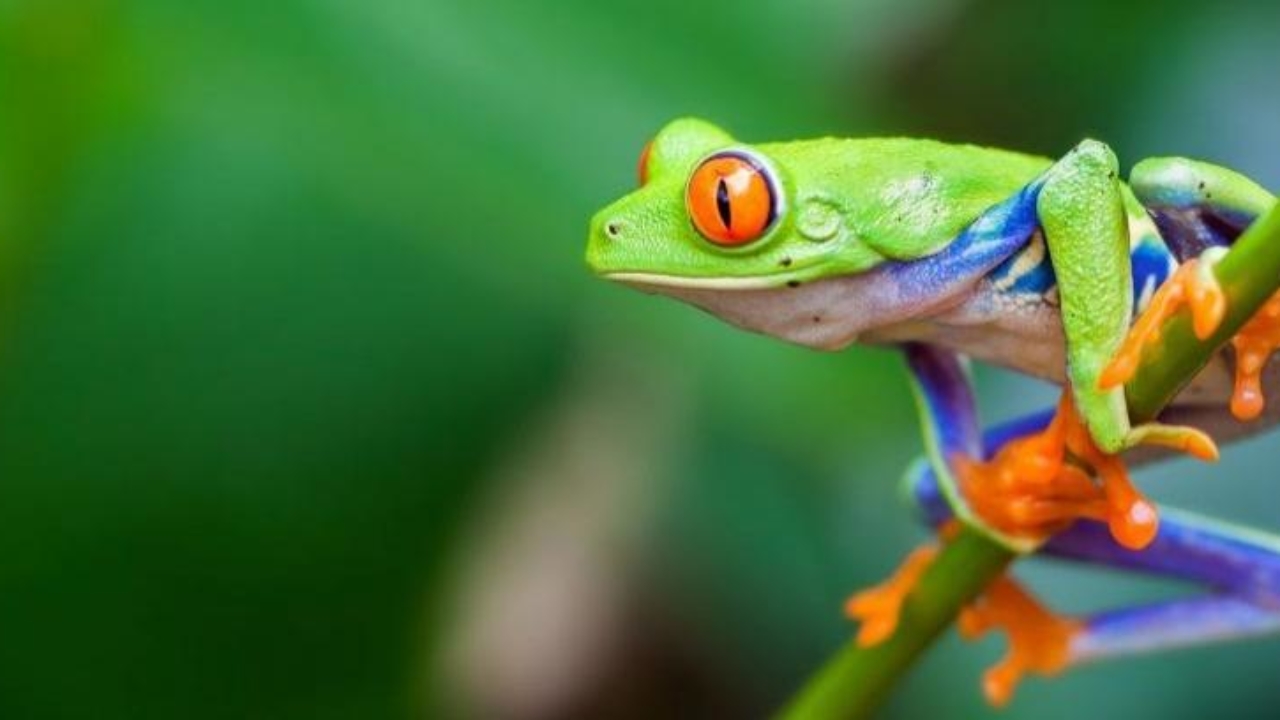 As mentioned above, red-eyed tree frogs are sexually dimorphic, meaning that the females are considerably larger and have a broader head than the males. During the breeding season, males have a buccal sac, as well as pads. nuptials at the base of each of his thumbs.

These are insectivorous animals, they can eat animals such as crickets without any problem (although it should be noted that they refuse to feed on Grillus campestris or Grillus bimaculatus, this is because they are very aggressive insects and are very chitinous), cockroaches, flies that have been bred in complete captivity, for starters, asticot flies are a great option when it comes to fishing; gallerias, tenebrios, among other insects, although it should be noted that these last two species can have a large excess of fat.

To offer him his food you can choose to use a glass with a very wide mouth and place it in the lower part of the terrarium, the frogs will gradually learn to go down to look for their insects; Another great option is to give them to them with the help of a clamp. To supplement his entire diet, you should give him amounts of D3, calcium, and different multivitamins at least once every ten days for adults. Adults usually feed two or three times a week. It is important to note that the difficulty in caring for one of these frogs can be at an intermediate level or an advanced level.

In the event that you have a trio of two males and a single female, they can use an enclosure that has dimensions of approximately 45x45x60. Although also, a 50x50x80 terrarium will be more than enough if you want to keep a slightly larger group, that is, a group of two females and three or four males. You must bear in mind that the terrarium must have good ventilation and you will also have to add lianas and trunks, not to mention the large number of plants that will always help maintain optimal humidity levels in the terrarium.

Among the plants that you can consider adding such as pothos, dracaenas, palmeritas, philodendron, calathea, bromeliads, among other plants. As a good substrate you can choose to use a coconut fiber or peat that has a lower layer of clay as a drainage. At the surface level, you can even use sphagnum moss to increase the humidity even more. Keep in mind that you must color a plate of water so that the frogs can hydrate at any time they want, this plate of water should not exceed two centimeters of water to avoid drowning. 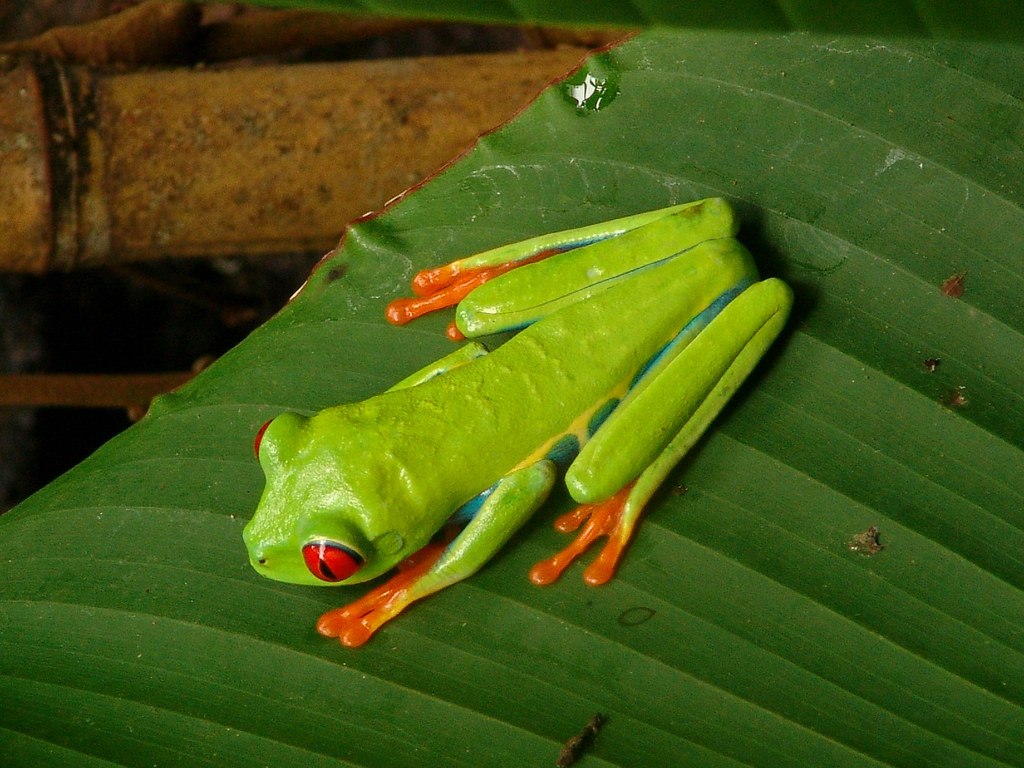 The minimum humidity should be located at approximately 80%, during the dry season, this should drop to between 50 and 60%. Always remember to spray the terrarium at least twice a day, once in the morning and once in the afternoon. Now, on the lighting side, you should only have what is necessary for the plants to stay alive, red-eyed tree frogs do not require lighting to live.

For males of this species, they reach sexual maturity once they are 18 months old, and in the case of females, at 20 months. If you want to try to get these to reproduce, it is necessary that they inhabit at least two males and one female, this is because to correctly stimulate the reproduction of this species, the song of several males is required at the same time.

After the dry season ends, in which the parameters are reduced little by little weekly until it finally reaches a temperature that is between 22 and 24 degrees Celsius during the day, and between 16 and 18 degrees at night. , not to mention the humidity levels that are over 50% (which also greatly reduces the photoperiod), in turn, these values ​​are also progressively raised until the normal temperature is restored and the humidity can return to between 95 and 100%.

The entire stage of descent and increase can last approximately two months. In the last step, the spraying should be increased much more, that is, between three or four per day, although the ideal would be to have an artificial rain system. During this season, a good part of the terrarium should be kept well flooded (you can put a large container) so that when the frogs finally lay their eggs on a branch or leaf, they can finally fall into the pond you have put. You can also choose to separate a separate aquarium, where the support with the eggs will be hung over approximately two inches of water. 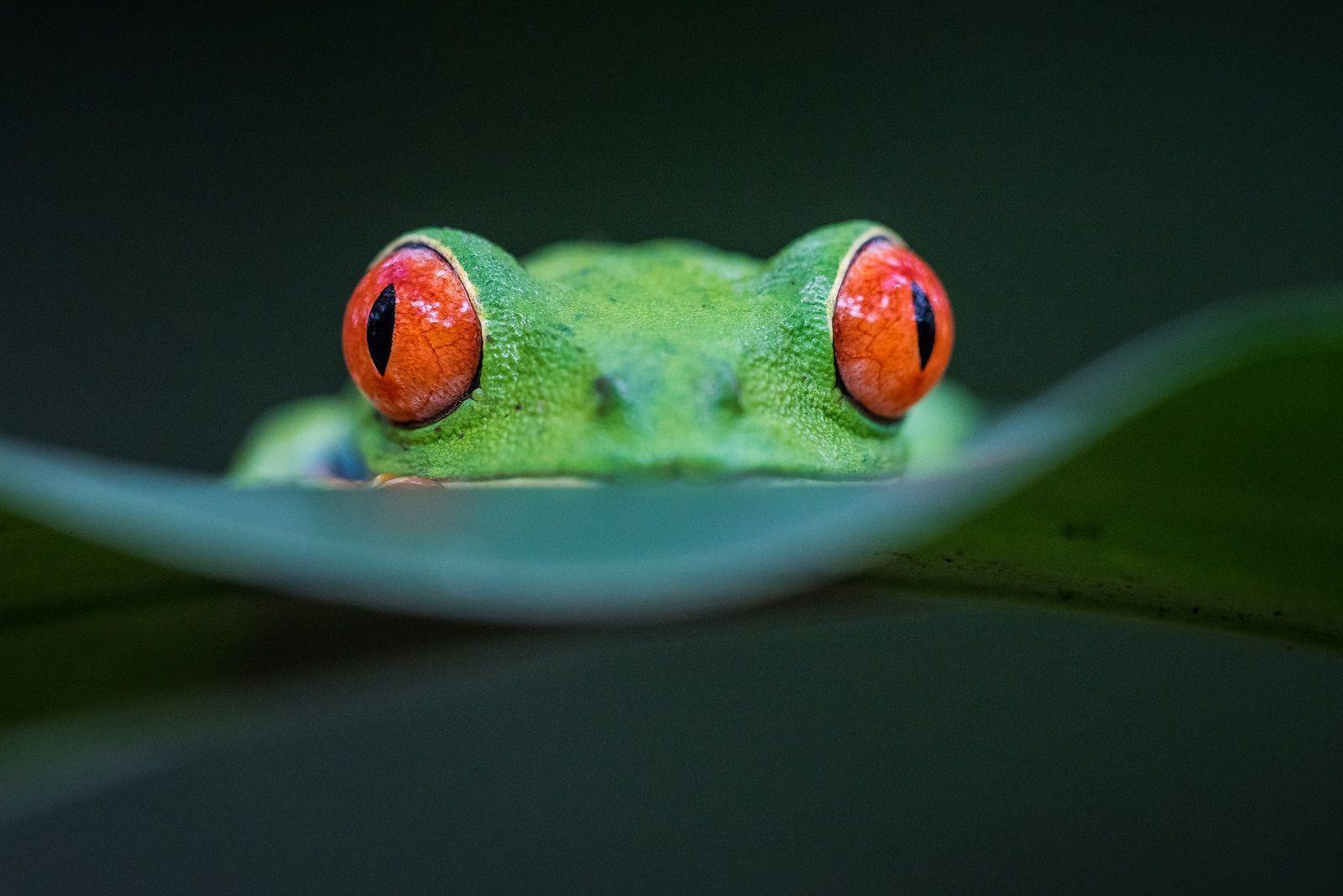 Number of eggs per clutch

Red-eyed frogs usually lay between 60 to 100 eggs at most.

Normally, this can last between five to seven full days where the eggs must be kept at a temperature between 24 and 26 degrees Celsius during the day and 22 degrees at night; humidity should be approximately 85%.

To feed the young you can choose to use freeze-dried or live Daphnia, frozen krill, red larva, powdered fish food, among other foods. Until the hatchling does not have its front legs, they will not be able to get out of the water, if you do not give them a solid surface to get out of the water in time, unfortunately the hatchling will drown. Temperatures should be maintained between 25 and 30 degrees Celsius (it should be noted that the young of these frogs tend to develop much faster when they are at higher temperatures)

To metamorphose, red-eyed frogs can arrive late between 20 and 60 days, and when they manage to develop all their limbs they can function in an aquarium that has three centimeters of water, many rocks and also many branches so that they cannot drown. While the frogs are in this state, they must be fed drosophila and microcrickets, gradually increasing the size of all prey. In addition to this, as mentioned before, you should supplement your diet by adding multivitamins, calcium, and D3 at least three times each week. The better these frogs are fed, the more colors they will have as adults.

Red-eyed frogs are one of the most popular amphibians in the world, this is due to their unique appearance and the multiple photos that always appear in documentaries, magazines and different media. However, despite this, it is not a species that is very common to observe in captivity, mainly due to its nocturnal habits, because during the day you will only be able to see a kind of green "mass" completely attached to a glass or a leaf. ; and it may also be because these frogs are not as hardy as some of their tree-dwelling cousins ​​can be.

However, these small frogs are a very good species for all those people who have all the necessary means and also the desire to have a very vibrant and unusual colored frog. You should avoid buying specimens of this species that come from illegal capture, since these specimens tend to develop fungi that can be deadly for themselves, not to mention that they can spread among the other amphibians that you may have.

If you want to learn more about frogs or different amphibians in the world, I recommend that you do not leave the page without first having read one of these three articles:

What do frogs eat?

Most Venomous Animals in the World

The content of the article adheres to our principles of editorial ethics. To report an error click here!.